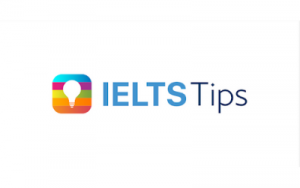 Some people believe that children should spend all of their free time with their families. Others believe that this is unnecessary or even negative. Discuss the possible arguments on both sides, and say which side you personally support.

Nobody can deny that parental influence is important for children, at least in cases where children live with their parents, foster parents or guardians. However, it is by no means clear that children should spend time exclusively in the family, as we will see.

On the one hand, it may appear advisable for parents to act as role models and to establish ground rules for behaviour by spending as much time as possible with their children. This allows the youngsters to absorb conventions and codes of conduct which they can then follow themselves, hopefully leading to an absence of problems such as bullying, truancy and delinquency later on. Furthermore, being with the family should reduce the risk of children falling victim to crimes such as abduction, or coming under the influence of negative peer pressure.

On the other hand, we have to ask whether this is a practical proposition. In a society where many families are dual-income, or where one parent’s role as breadwinner means he/she is away from the family for long periods, it is inevitable that children cannot spend all of their time with the family. Child-minding and after-school childcare are often used in these cases, and if managed properly, these can be perfectly viable alternatives. Equally, it seems that children can in some cases learn a considerable amount from their peers in addition to adults, and allowing them to play without direct supervision may be a benefit.

To conclude, it appears that, while family time is essential for bonding and absorbing patterns of behaviour, there are definite advantages when children are outside the family too. This is provided that they are in a safe, well-behaved environment with peers who are themselves reasonably well brought-up.

Foster parents (Bố/Mẹ nuôi)= people who have children living in their existing family for a fixed period, with the original parents’ agreement.

E.g.      Being a foster parent is a difficult and tiring role, I can imagine.

Guardians (người bảo hộ) = people who are legally appointed to protect a child’s interests in the absence of parents.

E.g.      In some countries, the government appoints a guardian if the parents die or experience severe difficulties.

E.g.      In some countries, the royal family are good role models for youngsters, although in other cases this is not the case.

E.g.      During the school holidays, my parents had strict ground rules for what we could do outside.

E.g.      It’s a convention for grandparents to live with their children in many countries.

E.g.      The Boy Scouts have a firm code of conduct, which seems to be a positive influence.

E.g.      Bullying could be reduced through better awareness and positive peer pressure in schools.

E.g.      I must confess that at secondary school I sometimes played truant and went to the park with my friends.

E.g.      Delinquency is a huge problem in urban areas, especially when policing is minimal.

E.g.      Child abduction is a great concern for many parents, especially in South America.

Peer pressure (áp lực đồng lứa/tuổi) = the pressure from people in the same group to act in a certain way.

E.g.      Many children start smoking due to peer pressure or bad role models.

E.g.      In many countries, the dual-income family is the norm nowadays.

E.g.      In some families, the father is still the only breadwinner.

E.g.      In some countries, the state subsidises the costs of child-minding.

After-school childcare = caring for children in a school setting, as above

E.g.      Many families rely on after-school childcare because both parents work and commute.

E.g.      It is not really viable to expect all children to get maximum grades in exams.

E.g.      Many of my peers from school are now working for charities.

E.g.      Festivals and parties are an ideal time for families to bond.

Well brought-up (nuôi dưỡng tốt) (to bring up children = to raise and educate them in your own moral, behavioural or religious conventions)

E.g.      I was brought up in a very religious family, and I seem to have absorbed their values.